Business as a Force for Good: The Case of the Fairphone

The idea of business as a force for good may be gaining traction worldwide. But how does that look like in practice?

Well, allow me to share a case study with you: the smartphone market.

While most of us have grown rather attached (read: glued) to our cell phones, they, unfortunately, come with many negative side effects.

And no, I’m not just talking about data privacy concerns, the impact cell phone have on our productivity or our connection with others — that’s a whole separate discussion.

I’m talking about things that are more unacceptable than just ignoring our dinner guests in favor of reading the latest email…such as inadvertently funding a civil war, for instance.

As with many other goods we consume, it turns out that it’s predominantly others (and I don’t mean our dinner guests) who have to deal with the negative side effects of phones.

Business as a force for good civil war: your cell phone’s dirty secret (that has nothing to do with nude pictures)

Reports about the dirty secrets behind our cell phones have been around for a long time. For instance, in 2011, The Atlantic asked: “Is Your Cell Phone Fueling Civil War in Congo?”

In 2012, activist and refugee Bandi Mbubi used his TEDx talk to reveal the bloody past behind the devices in our hands. He also called upon consumers to demand a fair trade cell phone.

“major electronic brands including Apple, Samsung and Sony, are failing to do basic checks to ensure that cobalt mined by child labourers has not been used in their products.”

If you think things have gotten better, this detailed 2018 article will make you lose your illusions.

So, should we all ditch our phones and go back to the dark ages? ?

Before we discuss the ethics of switching over to pigeon carriers (animal rights!) and smoke signals (CO2 emissions!), let’s first see if business can remedy the mess it has gotten us into.

Can business be a force for good, even in a highly competitive marketplace?

The small company that had sent it out informed me that they had just reached a major milestone: 100,000 sold phones Fairphones!

In the day and age of Apple’s enormous success, this number may not seem impressive at all.

But it is. Those 100,000 sold Fairphones constituted a paradigm shift.

And, as Gustave Aimard put it:

“there is something more powerful than the brute force of bayonets: it is the idea whose time has come and hour struck.”

First things first though: what exactly is a Fairphone?

In January 2013, a company by the name of “Fairphone” was founded in the Netherlands. Compared to other phone companies, they clearly differentiate themselves.

→ Building a movement for fairer electronics.

The company’s first product, the Fairphone 1, was released in December 2013.

I’m a proud owner of that (now retired) phone.

But, to be honest, I often felt like throwing that phone against the wall. For instance, it often wouldn’t charge at all. (I’m not sure if just my phone had this issue or if others had them, too.)

There were other issues I experienced with my Fairphone 1 — it sometimes didn’t do what it was supposed to do, such as… letting me make calls.

Perhaps this is what you get when you’re an early adopter of something but experiencing these challenges made me rather sad.

I love the idea behind the Fairphone so I naturally wanted to convince others to get one, too. Yet because my everyday experience of using this phone was mixed, I couldn’t, in good conscience, recommend it to others.

While I haven’t tried this version of the phone myself, according to a Telegraph review, its functionality compares to a number of other mid-range Android smartphones.

Which basically means that you don't have to compromis to buy a more ethical phone.

If the Fairphone sounds somewhat boring compared to the latest flashy gadget, consider this: its modular nature means that it’s much more sustainable than an average phone and the website iFixit gave it a 10 out of 10 for repairability.

In fact, if you break your screen, it can be swapped out in as little as 23 seconds!

The final verdict: is this business a force for good?

Even though Fairphone readily admits to a lot of improvement potential and that it’ll be a while until the world sees a truly “fair” phone (if ever), I think the Fairphone 2 is a big step in the right direction.

As a Certified B Corporation, the Fairphone is also a good example of business as a force for good. It shows how one can use the arena of business to help bring about positive change.

And, as one of the early customers of Fairphone, I’m glad that I got to be a small part of this journey.

Before you go: let's stay connected!

I think our collective story of leadership is broken and that it's up to us to redefine it. I believe in a world where good people are empowered to make a positive difference and I believe that we're the ones we've been waiting for.

If this resonates with you, please sign up below. You'll receive a free meditation (to connect more fully with your authentic power and leadership) right away and I will also send you my awesome weekly newsletter with helpful resources!

I can't wait to be in contact with you!

(For more thoughts about business as a force for good, check out this Podcast episode here.) 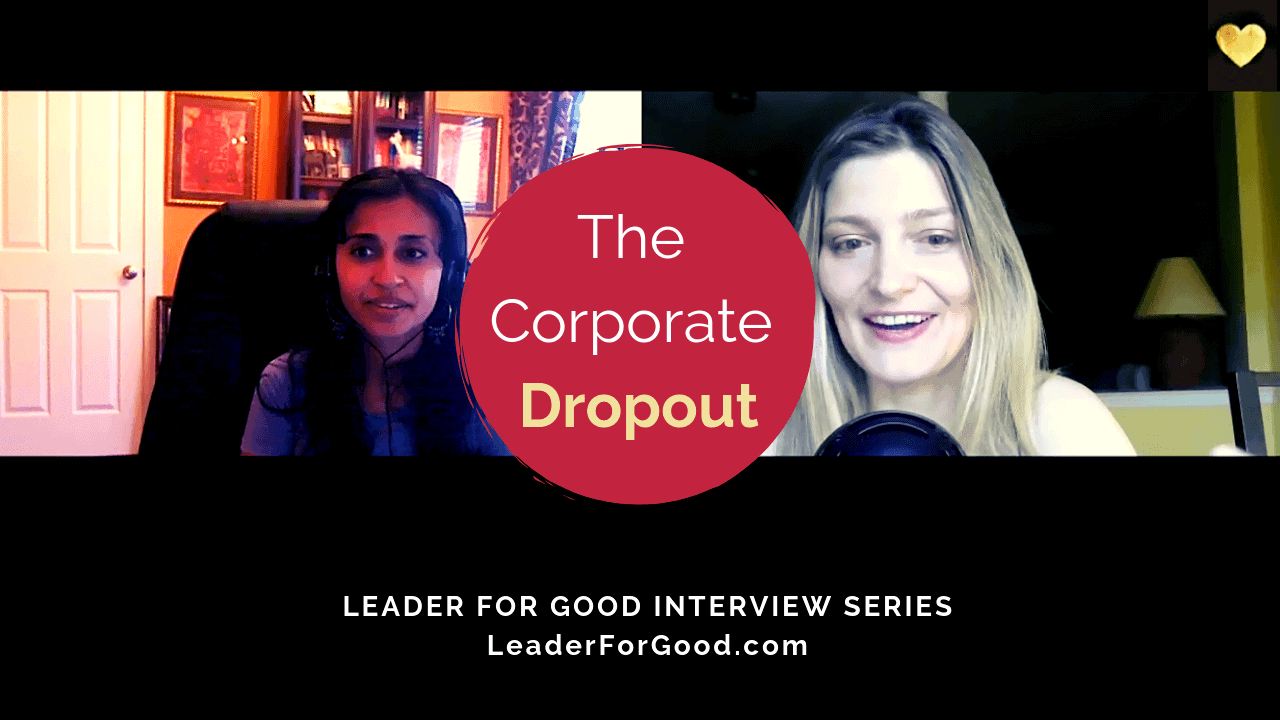 Bere is the founder of Leader for Good. She's a former lawyer and academic who moved from Germany to the United States where she started her own business. Today, Bere loves helping her coaching clients and students connect with their passion and purpose. You can find out more about her coaching business at www.workyoulovecoach.com.

9 Tips on How to Achieve Better Work-Life Balance

How to Not Lose Focus: This Mistake Cost Me 10 Days of Productivity

The 3 Stages of Doing What You Love: Which One Are You At?

Be More Productive with the Power of Playfulness

Working Too Much Is Something You’ll Regret in the Future

Should You Write Every Day? Here Are Conclusive Answers!

Find your SUPERPOWER with a short, free quiz!

Please log in again. The login page will open in a new tab. After logging in you can close it and return to this page.